The U.S. Alliance to End the Hitting of Children exists to reduce and eventually end the use of physical (corporal) punishment of children in all venues by all people.

The U.S. Alliance to End the Hitting of Children is a 501(c)(3) non-profit organization founded in 2011 that brings together individuals, groups, and organizations to create a unified voice calling for, and working toward, an end to corporal punishment - an antiquated and dangerous form of disciplining a child - especially in schools and homes.

The Alliance, through education and legal means, seeks to end all social justifications and legal authorizations of corporal punishment. Achieving these goals will give children the same protection from this sort of physical violence that is already enjoyed by adults under state and federal law. 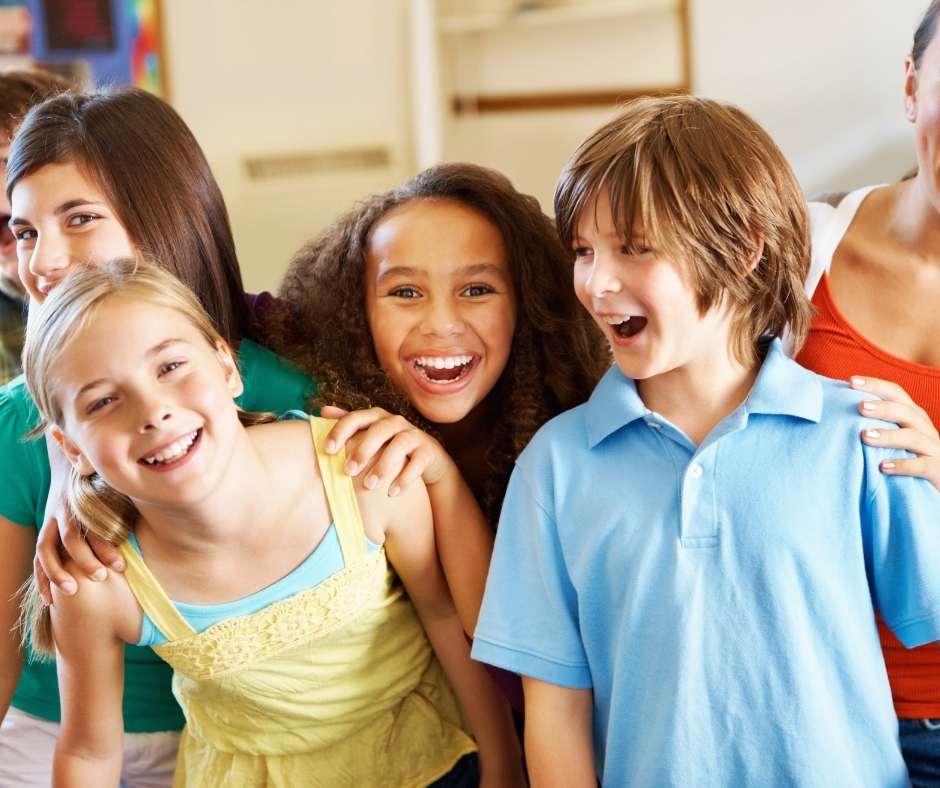 We envision a country where children are loved, valued, respected -- and never hit.

GEORGE W. HOLDEN, Ph.D., President, is Professor Emeritus at Southern Methodist University in Dallas, TX. After receiving his BA from Yale University and his PhD from the University of North Carolina at Chapel Hill, he was a member of the psychology faculty at the University of Texas at Austin for 23 years. Holden’s research interests are in the area of social development, with a focus on parent-child relationships.

His work into the determinants of parental social cognition and behavior, discipline and positive parenting, and the causes and consequences of family violence, has been supported by grants from the National Institute of Child Health and Human Development, National Institutes of Justice, Department of Health and Human Services, the Guggenheim Foundation, the Hogg Foundation for Mental Health, the Timberlawn Research Foundation, and, most recently, the U.S. State Department.

He is the author of numerous scientific articles and chapters, as well as author of Parenting: A Dynamic Perspective, 3rd ed. (2020) and Parents and the Dynamics of Child Rearing (1997). In addition, he co-edited Children Exposed to Marital Violence (1998) and the Handbook of Family Measurement Techniques (2001). He is a fellow of the American Psychological Society (APS) and a former member of the Society for Research in Child Development (SRCD), the International Society on the Prevention of Child Abuse & Neglect (ISPCAN), and the Society for Research in Human Development (SRHD), where he served as president.

He has been on the editorial boards of Child Development, Developmental Psychology, Journal of Emotional Abuse, Journal of Family Psychology, and Parenting: Science and Practice. He was a member of State of Texas Task Force to Address the Relationship between Domestic Violence and Child Abuse and Neglect (Senate Bill #434).

He was also on the American Psychological Association’s task force on corporal punishment. Dr. Holden is a past president of the board of Family Compass, an organization devoted to preventing child maltreatment in the Dallas community. He received the Outstanding Mentor Award in 2010 from the Society for Research in Human Development, the Lightner Sams Foundation Child Advocate Prism Award in 2011 from Mental Health of Greater Dallas, a Lifetime Achievement Award from the Center on the Human Rights of Children, Loyola University, Chicago (2014), and a Distinguished Career Award (2018) from the International Society for the Prevention of Child Abuse and Neglect (ISPCAN).

He is married to Anne Cameron and the father of three wonderful adult children and the proud grandfather of two girls and a boy.

Deborah (Deb) Sendek, M.S., Treasurer, served as the Program Director of The Center for Effective Discipline, a program of the National Child Protection Training Center. After working over 30 years with children and families, she is convinced we must take a firm and unified stand against hitting children.

“Besides the current solid research, common sense tells us our parental task of teaching children right from wrong is inconsistent with a role model of using aggression and force. Let us stand together in our commitment to end the hitting of all children.”

Ms. Chiocca’s research interests involve the study of adults’ attitudes and beliefs about the corporal punishment of children. She is a member of the Academy on Violence and Abuse (AVA), the American Professional Society on the Abuse of Children (APSAC), and the International Society on the Prevention of Child Abuse & Neglect (ISPCAN). She has authored numerous articles and a textbook, Advanced Pediatric Assessment.

Ms. Chiocca initiated a No Hit Zone in a homeless shelter where she was working as a PNP, and was a researcher on a study that examined health care providers’ attitudes and beliefs about the corporal punishment of children. Ms. Chiocca is married and is the mother of a teenage daughter.

Robbyn Peters Bennett, LPC, CMHS works with at risk children who have suffered from early abuse and neglect.  She believes we can end child abuse in our lifetime. To that end, she promotes non-violent parenting and is the founder of StopSpanking.

Robbyn lectures nationally on the topic of trauma and the effects of harsh punishment.  Her TEDx talk addresses how spanking is on a continuum of family violence contributing to long-term health problems. StopSpanking is a non-profit organization dedicated to ending violence against children by raising awareness of the dangers of spanking and by promoting parenting beyond punishment.

StopSpanking focuses on research about the effects of violence, spanking and other forms of abuse on the child’s developing brain. website: robbynpetersbennett.org

Madeleine Y. Gómez, Ph.D. is a bilingual, clinical psychologist, mother and grandmother. Dr. Gomez received her Ph.D. from Northwestern University Medical School. She holds numerous behavioral health certifications and additionally is a master herbalist. Dr. Gomez is a presenter, writer and award winning poet. She started a behavioral health company called PsycHealth, Ltd., in 1989, which went on to win multiple best practice awards over the 30 years of her leadership.

At the start of her career, Dr. Gomez also began working in the field of child rights providing bilingual presentations in the communities of Chicago for the National Committee to Prevent Child Abuse. She has served as a past board member for Jordan Riak’s (RIP) advocacy and education group, PTAVE, as well as Nadine Block and Bob Fathman’s, EPOCH-USA.

She supports child rights to non-violence and positive parenting as integral to both physical, emotional and societal health. Currently, she works to put out the sweet sounds of nu music to the world through her record label, Wake Up! Music, LLC.

Yolanda Renteria, LPC, NCC is a Trauma Therapist and Licensed Professional Counselor in Private Practice at Latibule Counseling (latibulecounseling.com) in Arizona. She is trained in EMDR, Somatic Experiencing, Brainspotting, and DBT. She also owns Yolanda Renteria, PLLC (yolandarenteria.com), where she provides Somatic Processing Sessions, psychoeducational workshops, and speaking services. She is passionate about helping people break generational cycles and thrive in parenting and relationships.

Aside from her work in mental health, she is an Adjunct Faculty Psychology Professor at Northern Arizona University and utilizes social media platforms to bring awareness of generational cycles that perpetuate trauma. In her free time, she enjoys reading, writing, and spending time with her family.

In a diverse career, Mitch Hall has worked as a Peace Corps teacher in Africa; a peace and environmental movement organizer in Europe; a professor, international student adviser, program director, and academic dean in higher education; a French-English interpreter for African refugees; a published writer, translator, and book editor; and a wellness counselor in public health clinics serving disadvantaged, traumatized youth and adults.

He currently teaches qigong, taiji, meditation, and yoga — practices he began exploring over 50 years ago. With warmth and humor, he teaches these meditative practices as paths for cultivating wellness, relaxation, heart-centeredness, compassion for self and others, presence, a beneficial, healing flow of vital energy, and naturalness.

He’s a member of The Task Force on Indigenous Psychology and the Nonkilling Psychology Research Committee, a teacher and counselor with The Ancient Way, and a volunteer with the Alliance for Transforming the Lives of Children (aTLC). He served for several years on the Board of Parents and Teachers against Violence in Education. His academic degrees are Ph.D. (h.c.), Alternative Medicines (Indian Board of Alternative Medicines); M.A., Sociology (University of Chicago); B.A., Religion (Columbia University). His website is breathepeacefully.com.

Tate Aldrich, M.Ed., is the director of Arkansans Against School Paddling, an education advocacy and watchdog group that works with school personnel and state legislators to protect the dignity and safety of Arkansas’s children.

He is an award-winning teacher from New Hampshire (2017 NH Teacher of the Year) and a current doctoral fellow and instructor at the University of Arkansas. Tate’s expertise lies in both trauma-informed instruction and dialogic teaching.

In 2021, he was the keynote speaker at the National Teacher Leadership Conference (“Racism & Institutionalized Violence: Coalition Building for Targeted Policy Change”), and in 2018, he published his research-based facilitation method in the National Council of Teachers of English’s English Journal (“The Context/License/Privilege Protocol: Students’ Identities and Relevant Conversations”).

Leslie Priscilla is a first generation non-Black Chicana mother to three bicultural children. She is a descendant of Indigenous Tarahumara Rarámuri and Spanish lineages who has resided on occupied Tongva and Acjachemen land, also known as Orange County, CA, all of her life. Leslie shares her medicine by offering coaching, workshops, support and advocacy for Latinx/Chicanx families locally, nationally, and internationally both in-person and online via the Latinx Parenting organization. She founded this bilingual organization and movement intentionally rooted in children’s rights, social and racial justice, the individual and collective practice of nonviolence and reparenting, intergenerational and ancestral healing, cultural sustenance, and the active decolonization of oppressive practices in our families.

Formerly an early childhood teacher and 1:1 behavioral coach, Leslie has worked with children and families for over 13 years.  She has a dual degree in Child Development & Family Studies as well as Family Life Education from CSULB, and attended the Masters in Social Work program at Cal State Fullerton before pausing to focus on her babies and the Latinx Parenting movement. She is trained as a facilitator in various parent education curricula including Trauma-Informed Nonviolent Parenting, Positive Discipline, Supporting Fatherhood Involvement (SFI), Community Parent Education (C.O.P.E) and others. She has facilitated groups in both Spanish and English for hundreds of parents in schools, transitional homes, teen shelters, drug rehabilitation centers, and family resource centers throughout Orange County, CA.

Myranda is the Program Coordinator for the U.S. Alliance to End the Hitting of Children. She received her Master’s in Sustainable International Development from Brandeis University in 2022, and before that, served as Peace Corps Literacy Volunteer in the Easter Caribbean from 2018 to 2020.

It was this experience that inspired her research on education and children’s rights and ultimately her thesis titled “Examining School Corporal Punishment, the Amplification of Violence Against Children and Indicator of Societal Violence: The Case of St. Vincent and the Grenadines.” 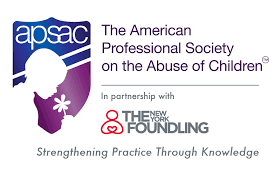 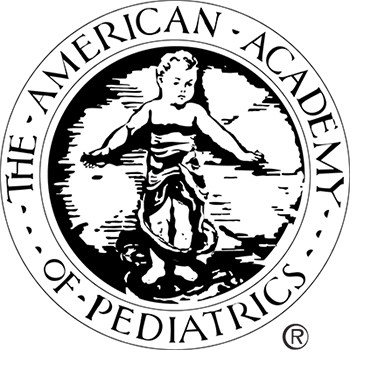 Sign up with your email address to receive our newsletter and other updates.